Basha High School is a 5A senior high school serving the East Valley area in the Chandler Unified School District. The Band Program participates in the AMEA Southwest region and includes many diverse groups, such as the Symphonic Band, Concert Band, Percussion Ensemble, Marching Band, Jazz Bands, Winter Drumline, and Winter Guard.
Basha Bands is supported by the Basha Band Boosters, a non-profit organization of volunteers who lend their time and talents, not only to raise funds, but also for supporting tasks such as equipment transportation, uniform alteration, photo and video production, meal provisions for game days, etc. 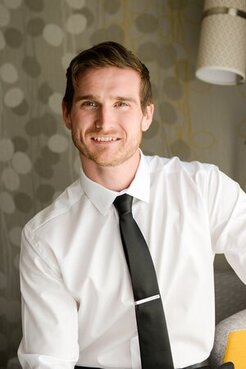 Mr. Denny graduated from Arizona State University in 2016, where he received his B.M. in Music Education. During his time there, he received the Gary Thornton Extra Distance Award in 2013 for leadership & service, in addition to teaching at various ensembles throughout the valley such as Dobson High School, Basha High School, and Poston Butte High School. Upon graduation, Mr. Denny became the director of bands at Smith Jr. High School and Stevenson Elementary before joining Basha in 2017. In 2020, Mr. Denny was awarded the Winter Guard Arizona Percussion Director of the Year award for his continued contributions to the winter guard activity. In addition to his position at Basha, Mr. Denny currently serves as Vice President for Winter Guard Arizona, Member-At-Large for the Arizona Marching Band Association, and is the tenor percussion specialist for Vision Percussion Ensemble. He remains passionate about expanding and enriching the educational experiences for student musicians in Arizona. 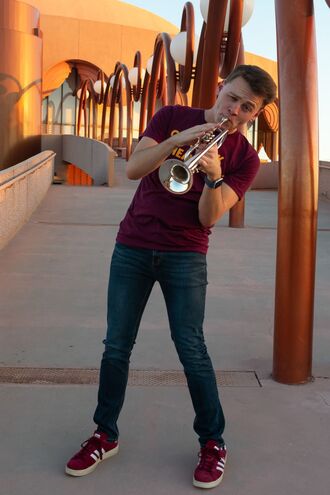 ​Mr. Shawn Schive is proud to serve as Associate Director of Bands at Basha High School in Chandler, Arizona. Originally from Southern California, he graduated summa cum laude from Arizona State University in 2022 with his Bachelor of Music in Music Learning and Teaching. While in college, Mr. Schive was an active member of the ASU Trumpet Studio under Canadian Brass performer and innovative pedagog Joe Burgstaller and served as the drum major of the 400-member Sun Devil Marching Band. His experience in the marching arts has taken him all over the world, performing in cities such as Las Vegas, Los Angeles, Paris, and several cities in Southern China.

As an educator, Mr. Schive has worked with several band programs in Arizona and Southern California, most recently as the Brass Caption Head for the state finalist Dobson High School, and as the Visual and Music Specialist for the state finalist John W. North High School in Riverside, CA. One of his proudest educational achievements is serving as a staff member for the George N. Parks Drum Major Academy, a summer leadership workshop that serves thousands of high school band students from across the United States through lessons in conducting, teaching, and leadership. Mr. Schive is thrilled to be a part of the rich tradition of music education in the state of Arizona. 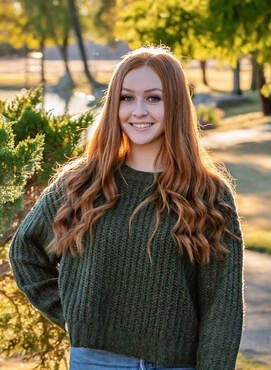 ​ Tess Evans is a color guard tech for Basha High school. She is from Phoenix, Arizona. Tess has been involved in color guard since she was just 9 years old,  spinning with various groups such as Santa Clara Vanguard, Carolina Crown, Fenix Independent World and Desert Vista High school.  She has volunteered many years helping to teach for the Altadena Middle school color guard and coached their JV guard program in 2018. She is super excited to be working with Basha and can not wait for many amazing seasons with them. 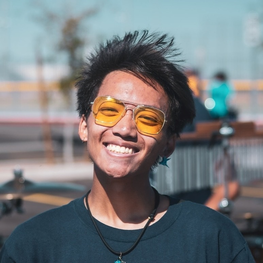 Jaelan Kim is a front ensemble instructor from the West Valley. Since graduating from Perry High School in 2017, he has been teaching front ensemble for numerous programs. That would include Buckeye Union, Desert Mountain, Peoria, PUSD Indoor, Deer Valley, Sandra Day O’Connor, Campo Verde, Millennium, and Vision Percussion. This 2022 fall season he will be on staff with Millennium, Campo Verde, and Basha High school.
teaching, he has performed with the Sun Devil Marching Band and is a 4 year Alumni of Breakthrough Indoor Percussion. Much of his knowledge comes from performance, as well as personal studies and explorations.
​Aside from 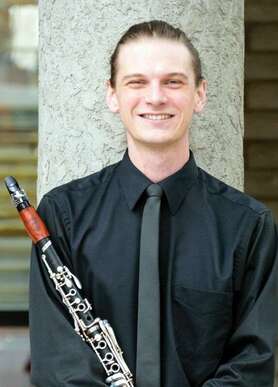 Aaron Weiland is in his third year teaching with Basha High School as their woodwind tech.
Mr. Weiland is a product of MPS, attending Summit Academy (Frost Elementary), Rhodes Jr. High and graduating from Dobson High School. He also plays clarinet, saxophone, flute and sings professionally in Symphonies, Wind Ensembles, chamber ensembles, pit orchestras, jazz groups and records in studios outside of teaching for Basha High and Mesa Public Schools.
Mr. Weiland has his Master's Degree in Clarinet Performance from Northern Arizona University where he taught Masterclasses, Music theory/Ear Training and tutored clarinetists; and graduated Cum Laude with his Bachelor's in Secondary Instrumental Education from Ottawa University.
He has instructed privately since 2012 and since worked with schools all over the valley including, Isaac Middle School's Summer Band Camp program, Summit Academy, Mesa High School, and Mesa Community Colleges' Summer Band Camp. 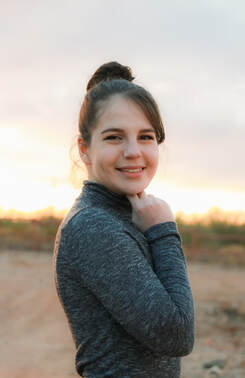 Born and raised in Chandler, Arizona, Baylee Hough is a front ensemble tech at Basha High School with a focus on electronics and auxiliary percussion.
A 2017 Basha Alumni, Baylee's previous percussion experience includes playing piano/synth, bells, and vibes for various Basha ensembles. During her time at BHS, Baylee also received The Quincy Jones Musicianship Award, which honors students for their creativity and musicianship.
​Beyond performance experience, Baylee graduated Summa Cum Laude from Arizona State University in 2021 with a BA in Digital Culture (Music). This granted her the opportunity to further explore her passion for music through digital sound production, composition, and computational media application. Hadley Holman is on Basha’s woodwind staff for her second year and is thrilled to be with the students again. Hadley is studying Music Education at Brigham Young University and is grateful to be a part of their Cougar Marching Band and Wind Symphony. Her performance experience also includes finals at WGI’s Indoor Winds Championships. In addition to Basha High School, Hadley has taught at Campo Verde High School, Perry High School, and Skyridge High School, in addition to teaching private lessons. She is looking forward to many wonderful seasons and feels very blessed to be surrounded by such great students and staff. 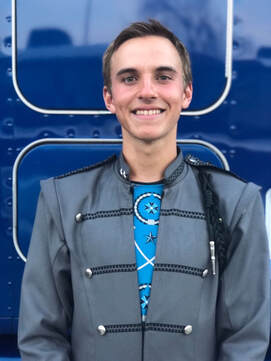 Nate Conell is a multi-instrumentalist currently studying Music Education at Arizona State University. Although his main instrument is Clarinet, he is also well versed in Trombone, Euphonium, and Saxophone. Nate also has a passion for the marching arts, performing as a soloist and section leader for the Basha Bear Regiment from 2017-2021. He also has experience in Drum Corps International, marching with The Academy in 2021 and The Blue Stars in 2022, both on Euphonium. After graduating Nate plans on becoming a Jr. High or High School band director, and continuing to spread his love of music and the arts. 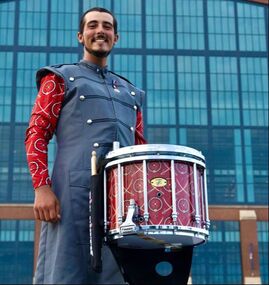 Josh Matarazzo is a battery tech for Basha High School, with a focus in working with the snare drums. He graduated from Basha in 2018, and graduated from Arizona State University in the spring of 2022 with a BA in Film and Media Production. Josh has marched with the Blue Stars Drum and Bugle Corps, The Academy Drum and Bugle Corps, Flux Indoor Percussion, and the ASU Sun Devil Marching Band. He is eager to spread the knowledge he has gained from his time in the marching arts activity so far, and excited to be a part of growing the drumming community in Arizona. 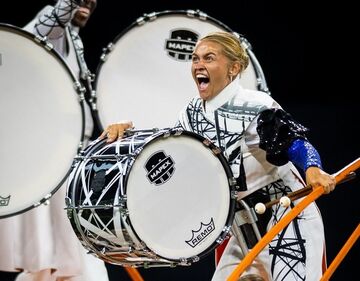 Rheaven NeSmith is a battery instructor working primarily with bass drums. She graduated from Mesquite High School in 2018 and is currently going back to school for nutritional health and wellness. Rheaven has performed with the ASU Sun Devil Marching Band, Vision Indoor Percussion, and The Academy Drum and Bugle Corps. She has also taught at McClintock High School, Vista Grande High School, and currently teaches at Corona Del Sol High School. She’s been drumming since she was 9 years old and what once was just a simple form of enjoyment has now turned into a passion to last a lifetime. Grateful for this being her first year with the Basha Bear Regiment she is elated for more seasons to come and more opportunities to grow and to support the students growth throughout their high school careers.